Before New York fell in love with the Cartesian plane and made everything above Houston into nice, crisp rectangles, parts of the city were mapped like little villages. Ours was one, and its diagonals provided quite a few empty triangles. Green spaces like Tribeca Park (and, of course, Duane Park) are the fossil remains of such cavalier indiscipline. In 1809, the Common Council agreed that the intersection of Beach, Walker, and Chapel Streets should become “Beach Street Park”. (Chapel later became West Broadway.) Thus, in 1810, the city bought the land from a family named Waldon for $3,950. It was incorporated into the Parks Department in the 19th century and by 1936 it featured an iron railing, sixteen trees and a horse trough, surrounded by the bustle of commerce. Time went on and the horses died, the commerce moved to the Bronx or New Jersey, and by the 1960’s the neighborhood was one of uncertain character, a lot of it empty space, a lot of it quietly and illegally occupied by the young and adventuresome. At the same time, the city council approved a Washington Market Urban Renewal Project. Far-seeing real estate developers saw dollar signs and the Lower West Side became Tribeca. Acknowledging the change, the park got renamed.

After the horrifying day of 9/11 neighbors organized and began an arduous process of cleaning the park, planting daffodils in the barren tree-pits, and petitioned the city for a design revision. Three years later, thanks to a very generous grant from the Lower Manhattan Development Corporation, this bedraggled triangle underwent a marvelous renovation: stone walking paths, substantial garden beds with flowers, bushes and trees, plus new benches. Since then, the neighbors have done their best to keep Tribeca Park trim and attractive with spring tulips – including an annual “It’s My Park Day”. 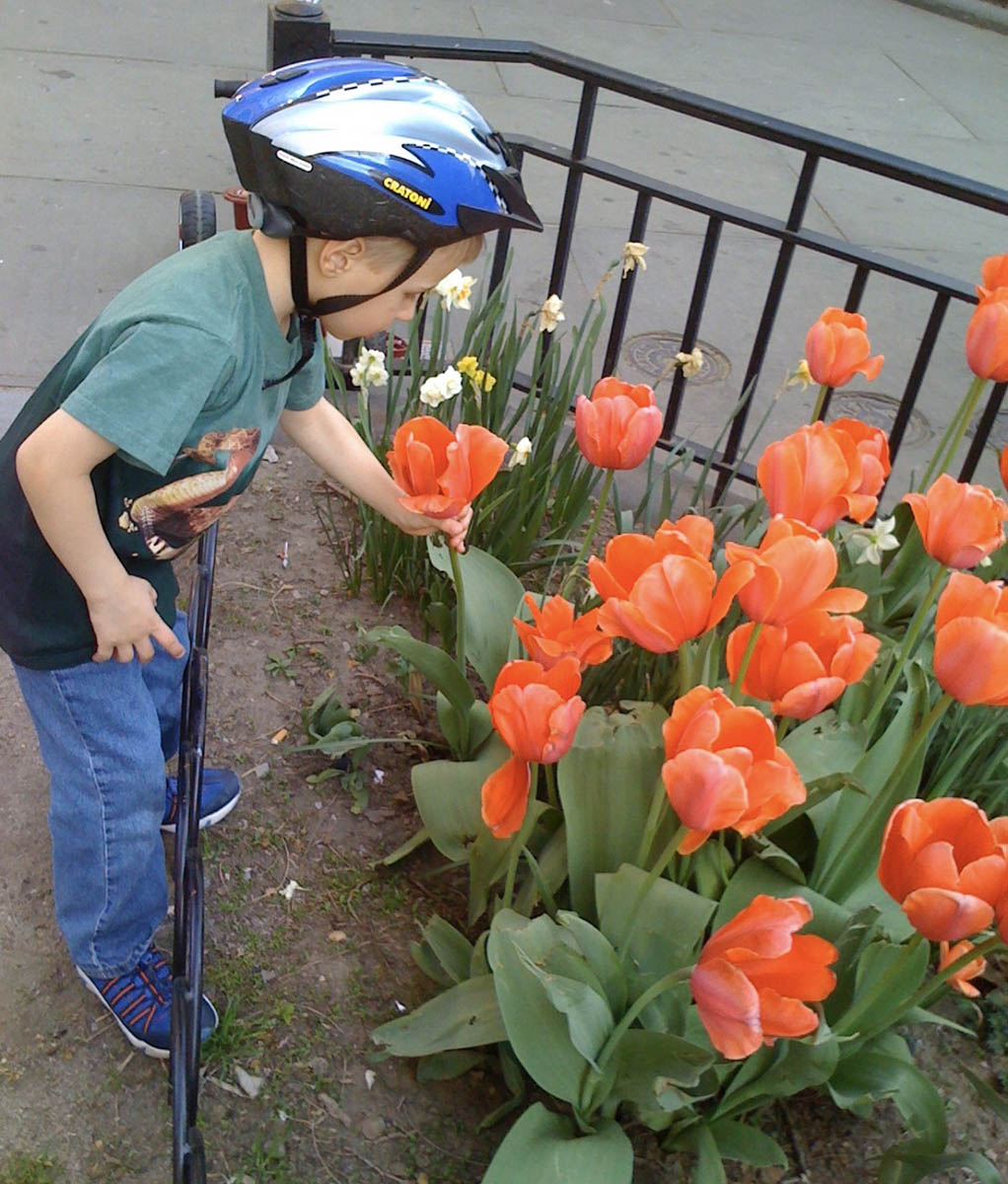 The city provides some help, but for many years the Friends of Duane Park has also pitched in, paying for regrettably necessary rat extermination in Tribeca Park and providing seasonal plants and extra hands in the garden. It’s central to our mission, which, broadly stated, calls us to make this part of town green, well kept, and attractive.

If you would like to become a volunteer gardener in Tribeca Park send an email with Tribeca Park as the subject to gardening@duanepark.org. No experience needed!