In July 2021, our three ornamental twin lampposts were restored.

The lampposts were installed in 1998, but after 22 winters (and no clear answer about which city agency should tend them) were peeling, rusting, and calling for help. So we secured a contractor and the necessary permits to undertake their refurbishment. The project cost $8500. Like the fence painting, tree care and plantings, our ability to make these improvements depends on decades of steadfast support from our donors. 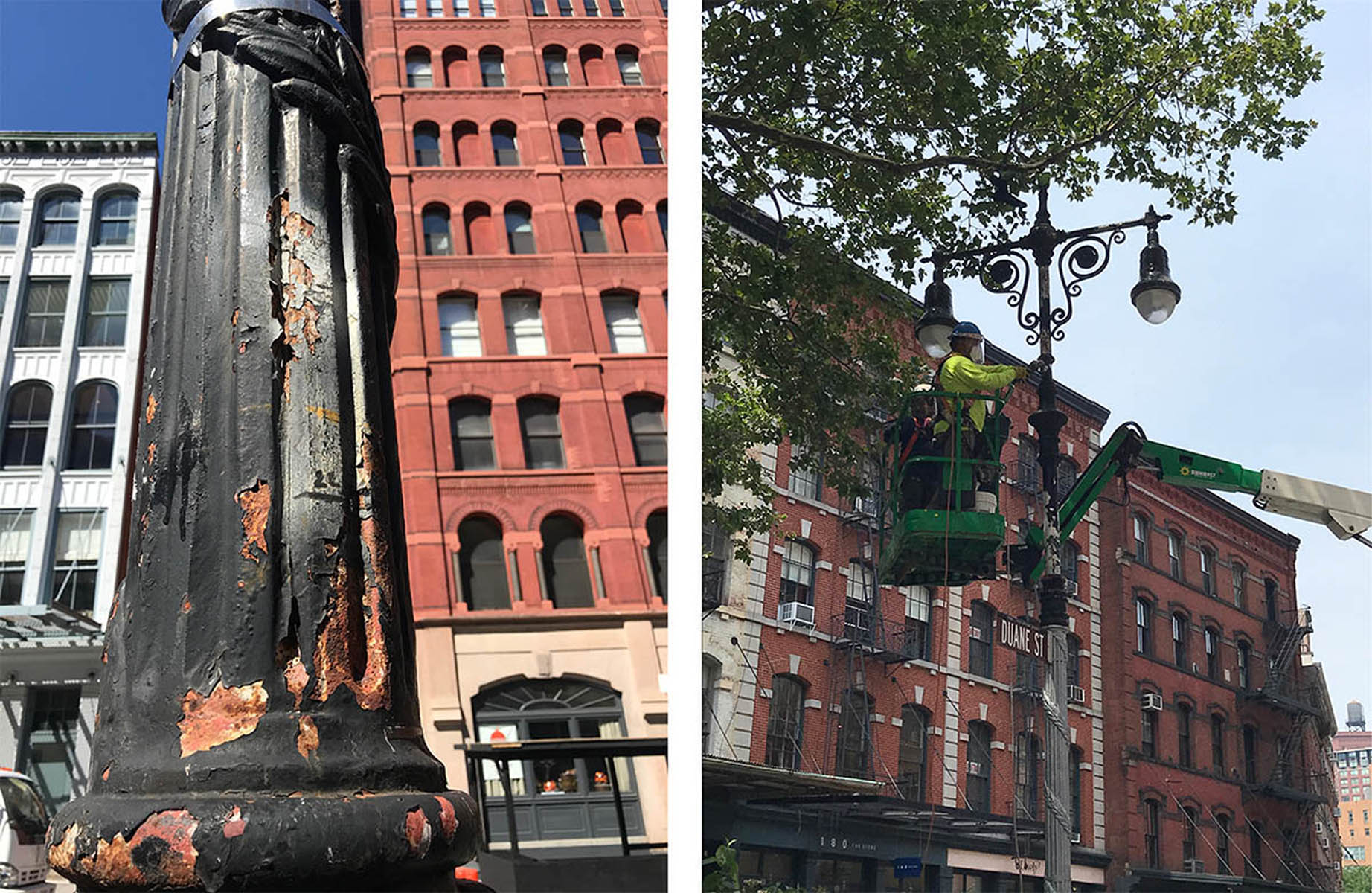 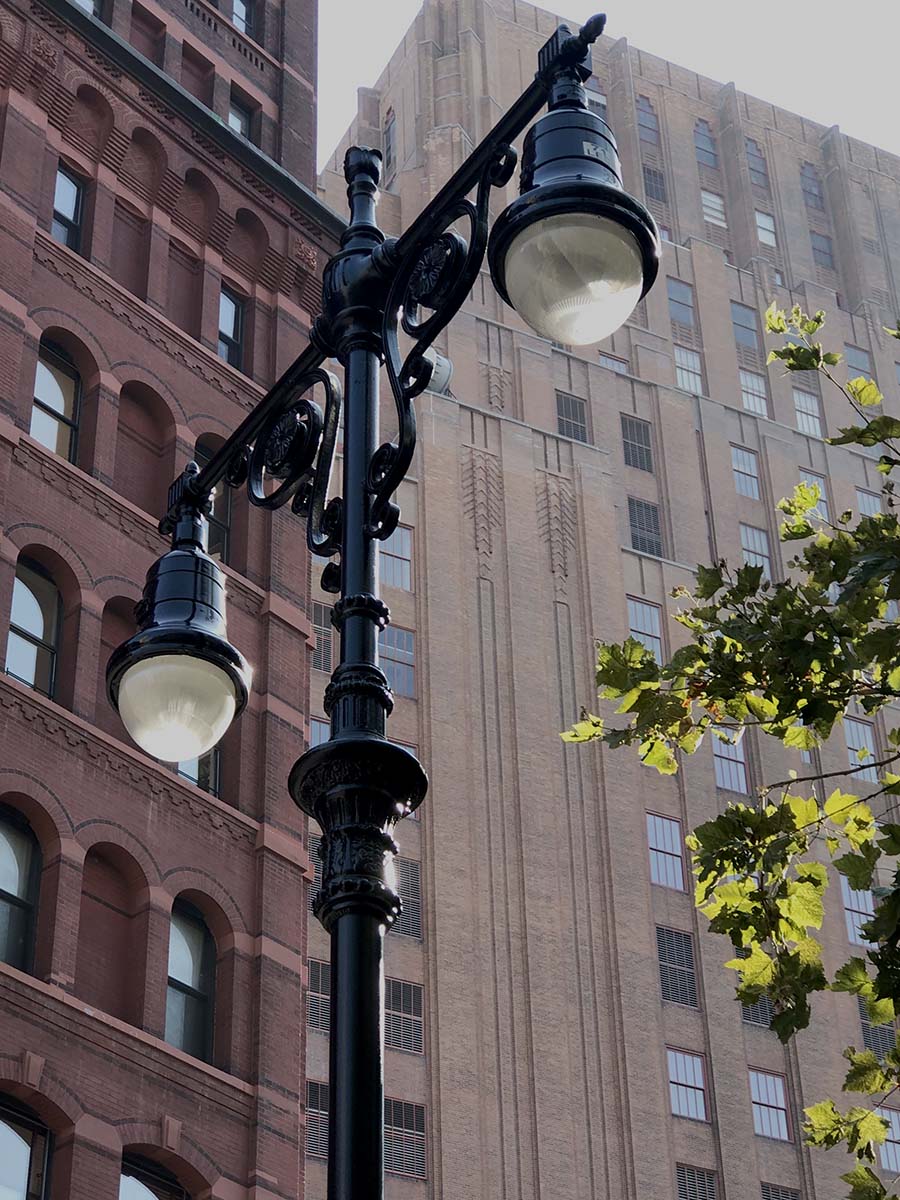 The design of the twin lamppost incorporates a relatively slender, fluted base, which makes a transition to the fluted shaft with a collar adorned with acanthus leaves. A foliate capital terminates the fluted shaft, above which is a small ladder rest, and a plain pipe leading to a large ball, which serves as the anchor for the horizontal crossarm. C- and S-scrolls support the cross-arm against the vertical shaft.  These lampposts underwent two modifications early in their history. First, the plain upper section of shaft pipe was lengthened, and then the entire cast iron fluted shaft was replaced with a longer one. These changes were probably made to provide more evenly distributed light and to reduce glare.